James Hale, former executive chef and co-owner of Acadia (1999-2015 at Little Rock’s Hillcrest) and briefly, for about a year pre-pandemic, chef at Capital Bar & Grillleft the Little Rock restaurant scene in 2020 to lead the kitchen of The grumpy bunny in Lonoke. Now he’s back, taking over last week as executive chef at Allsopp & Chapple311 Main Street, Little Rock.

Wait a minute, you say, didn’t they just hire a new executive chef, Anthony Quintana, from February 28th? Well, yes, but… co-owner Eric Carter reports that Quintana “got an opportunity in California he couldn’t pass up” and moved there in May. Quintana replaced Bonner Cameron, who, as we recently reported, is now at Petit & Keet. Carter says Hale will be making changes to the menu, “but we don’t have a specific timeline yet.”

Hale, in Acadia at the time, and Lee Richardson of what was then known as Ashley’s at the Capital Hotel, were nominated for the prestigious 2008 James Beard Foundation Awards in the category Best Chef: South ( at the time including Alabama, Arkansas, Florida, Louisiana, and Mississippi). Neither of them won.

The second location of Kemuri seafood sushi robata, colloquially known as “Kemuri West,” could open as early as July 4 weekend in the former Kiyen space on Chenal Parkway in Little Rock. (Arkansas Democrat-Gazette/Eric E. Harrison)
Dave Bisceglia, Managing Partner of robata seafood sushi kemuri, 2601 Kavanaugh Blvd. at Little Rock’s Hillcrest, says progress is being made toward what he admits is an optimistic goal of eventually opening, or at least completing construction, over the July 4 weekend at his second location, which they call familiarly “Kemuri West”, in what had been Kiyen’s Seafood Steak and Sushi in the Center at Chenal shopping center, 17200 Chenal Parkway, Little Rock. Bisceglia reports some changes to the layout, mainly moving the toilets and putting a new bar up front. How close the menu is to that of the original will depend on staffing, he says. Bisceglia also told us that he hired Phillip Mayfield, formerly head of catering to Chenal Country Club and at a guiding moment of 42 bars & tables at the Clinton Presidential Center, as Kemuri’s general manager.

Arkansas Business reports that Emily Gray and Hudson Sandefur, who own the Central Arkansas franchise on Chicken Salad Chicken outlets, including one that recently opened in North Little Rock, signed a lease for another, in the still-under-construction Shoppes at Chenal, at 17406 Chenal Parkway west of Little Rock, which they hope to open later this year. The partners also have their eyes on Hot Springs; if the sale is justified, a potential location in downtown Little Rock; and, according to the trade publication, possibly Texarkana.

This civic address rang a bell, so we double-checked to see what else was in the hopper for this mall, and bingo: this will also be the location for Roasted yellow coffee, a Houston-based brunch-focused chain and franchise. We reported a $600,000 building permit request for the 5,435-square-foot Suite 230 at this mall a few months ago. We don’t have a calendar on the opening date yet; the website, thetoastedyolk.comlists it as “coming soon”. 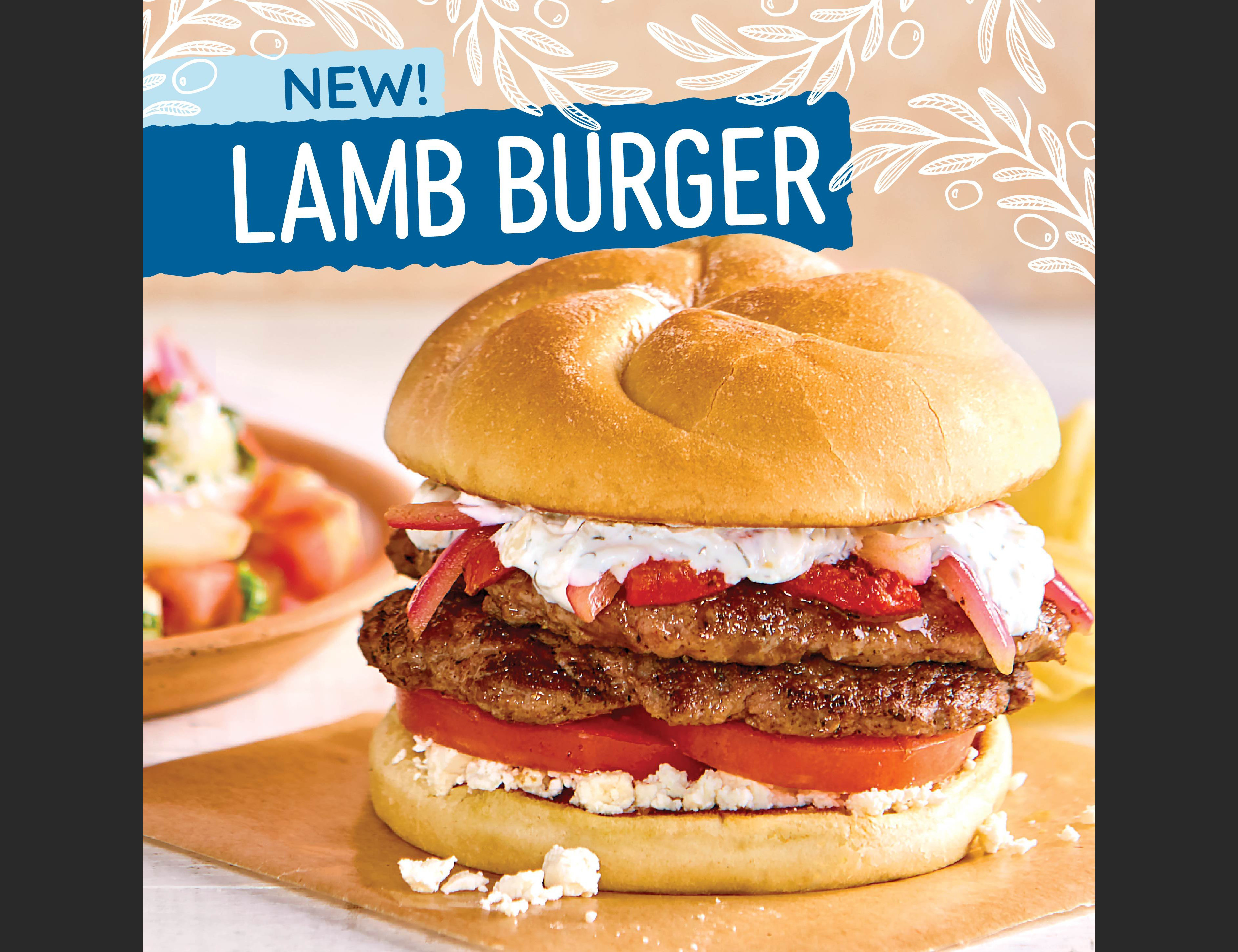 Taziki’s is bringing back, for a limited time, its Mediterranean lamb burger. (Democrat-Gazette file photo)
Mediterranean coffee from Taziki, which has eight outlets in Arkansas, sent an email to customers last week presaging that “Something Big Is Coming.” On Monday, we found out what it was: They brought back the Mediterranean Lamb Burger, which the chain tested last summer in Little Rock, Fayetteville and Bentonville, in partnership with the American Lamb Board. The sandwich consists of two ground lamb patties topped with grilled peppers and onions, feta cheese and tzatziki on a toasted Kaiser bun. At the time, it sold for $10.99 (including a side salad); like everything else, the price has gone up, now $11.99. It will be available for a limited time; order one in-house or online through September 4 and be automatically entered to win a Blackstone Griddle and Taziki Prize Pack (officially, no purchase necessary); tazikis.com.

Sunday is Father’s Day, and while it’s not as big a day as Mother’s Day for the restaurant industry, it’s still a good idea to make reservations if you’re taking Dad out for brunch.

And speaking of brunch, BrunchFest, a fundraiser for Youth and Family Centers, offers “mimosas, music and more,” including brunches at area restaurants, from 11 a.m. to 1:30 p.m. June 25 at The Hall, 721 W. Ninth St., Little Rock, hosted by the nonprofit’s Emerging Leaders Young Professionals Group. Base tickets, $25 (if you’re coming just for the food or if you’re under 21), cover brunch samples from your favorite local restaurants, including @ The corner, mountain resort, Community bakery, Sauce(d) Bar and Oven, robata seafood sushi kemuri, root coffee, La Terraza Rum & Lounge, graffiti, star of india and the Arkansas Beef Council. For $35, add two mimosa tickets; for $75, “VIBs” (Very Important Brunchers) get unlimited mimosas, a separate port of entry to the event, access to the VIB Lounge on the upper deck of the venue (with its own specialty bar) and a keepsake mug. Admission is free for children 12 and under. Visit e.givesmart.com/events/pN4. Call (501) 666-9436 or email [email protected] for more information.

Has a restaurant opened or closed near you in the last week? Does your favorite restaurant have a new menu? Is there a new boss in charge? Write U.S. Send an email to: [email protected]

But lawmakers and Governor Glenn Youngkin (R) were nevertheless optimistic about the prospects of reaching a consensus soon. “I am pleased with the progress made over the past few days with the budget,” Youngkin said. “I actually want to thank our lawmakers on both sides of the aisle for the really good job they’ve done […]

Job ID: 592 duties and responsibilities Perform computer forensic examinations to include the collection, preservation, processing and analysis of digital evidence Maintain, organize and document storage of critical equipment and evidence in forensic investigations Participate in investigations of data breaches and information security incidents Assist in the handling and analysis of forensic artifacts Assist in […]

PORTLAND, Ore. (KTVZ) This week’s Oregon FBI Tech Tuesday segment focuses on building a digital defense against job verification scams. In Oregon, the FBI is receiving more and more reports of people being scammed while trying to apply for jobs or unemployment benefits. Reports, from the FBI Internet Crime Complaints Centershow that bad actors target […]